Fashion Week has just wrapped up and it was such an eventful one! Shows from Rihanna’s to DVF’S sent their guests to another world for the five minutes they were present.

Let’s begin with Rihanna’s show. This lady can do no wrong, and she definitely proved that with this collection. She showcased her edgy and risqué designs that incorporated some of the coolest and ingenious pieces to feature on the runway. She was not afraid to bring her love for street style and multiply it by 50. Maybe because it’s Rihanna, maybe because it was genius. Nevertheless, her casual attire mixed with the offbeat and gritty fabrics created a memorable show.

DVF:
DVF’S resort show left people with a nostalgia people couldn’t shake off. (of the 70’s that is) Although she incorporated eccentric pieces and colors to her normally classic designs, her genius visions made this show cohesive and impressive. She kept the femininity of her clothes while adding a fun and light twist with the colors and cuts she manifested. We can all agree her runway show kicked butt, but nobody can deny her interactive show featuring some of the hottest models took the cake. Guests watched the most fashionable ladies walk around the venue in some of the coolest and pleasing outfits.

Kanye West:
Like always, Kanye West definitely put on a presentation. His release party meets fashion show that took place in Madison Square Garden had people talking for days. The release of his new album and showcase of his new line left people speechless and maybe a little bit confused. His signature nude collection made a comeback as models strategically stood on blocks while his album played. Continuing his unconventional ways, he invited people to dance and model by his runway leaving people impressed and a bit envious. 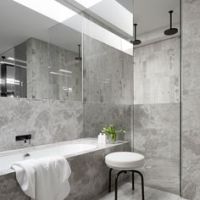 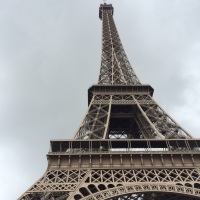